How To Get Rid Of Ants

Dealing with a House Ant Infestation

When the warm weather is back, it’s time to redecorate, change your wardrobe and get the barbecues going. Unfortunately, the bugs also come with the season. House ants are a constant nuisance in many American homes. They walk all over your floors and counters, feeding on the tiniest of crumbs. Here’s what you should know about how to get rid of ants.

Why Do You See Ants Inside Your Home?

When fall approaches, ants go into hiding and hibernation inside their nests. They disappear throughout winter and reappear in Spring. While many of the ants die over winter, the colonies do not disappear. When the warm weather returns, the ants leave their nests and invade your home in search of food and water.

Eventually, it becomes impossible to ignore the ants in your home. You’ll most likely find pavement ants under slabs and the foundation of your house. Carpenter ants reside near lumber which they chew out to create their nests. While carpenter ants do not feed on wood, they can cause extensive structural damage to your home.

Pharaoh ants invade places that handle food such as hotels, restaurants, hospitals, and homes. These ants are dangerous because they can transmit bacteria to food. They are also problematic in hospitals where they invade patients, wounds and IV bags in search of food.

Why One Treatment Won’t Work

When dealing with an ant infestation, no matter the species, one treatment is never enough. Here’s why.

Ants rarely leave traces of their nests, and for this reason, eliminating a colony is tough. A single treatment may kill the ants on the surface, but other ants from the nests near your home will still come up.

Why You Need Several Ant Treatments

Given the nature of ants living in colonies and their habits with the seasons, you need more than one ant treatment to control an invasion, you need effective pest control. Contact SafeHaven Pest Control for more information on safe and recurring ant treatments. 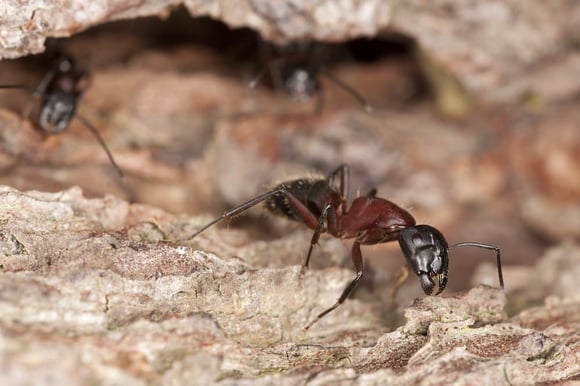 Do Bugs Have Brains

Controlling the Pests in Texas

Are There Animals in Your Walls?