Have You Been Bitten By A Spider, Or Mosquito?

This may seem like a question that's basic and obvious, but there can be similarities in the bites of these creepy-crawly creatures, and you want to know what you're dealing with. In general, a mosquito bite isn't going to be as impacting as a spider bite--but that definitely depends on your region. Spiders don't spread malaria, after all. Simultaneously, there's no "black widow mosquito" that can kill someone with a single bite.

This may seem like a question that's basic and obvious, but there can be similarities in the bites of these creepy-crawly creatures, and you wan

So there are levels to the severity of bites coming from either multi-legged creature. The big difference is going to be in terms of venom. Spiders have it, mosquitoes don't. However, there are spiders who have so little venom it doesn't really make a difference. Sometimes their venom just isn't toxic to humans, either. Here, we'll briefly cover the primary differences between spider and mosquito bites to help you know what you're dealing with, and what you should do. In terms of defining features, consider these:

Bites Stay "Dry"; Puss Indicates An Infection
Whether you're bitten by a spider or a mosquito, the bite should stay "dry". If you start seeing puss come out of it, the bite has become infected, and you'll need to seek the proper treatment. Generally, the bite leaves the skin affected and doesn't "weep". If you're seeing a lot of puss around the wound, either something else neither mosquito nor spider bit you, or it's become infected somehow.

Markings: Spiders Leave Two, Mosquitoes Leave One
Spiders use their fangs to inject necrotizing biochemicals acting as digestive enzymes into bugs so their innards become liquified, and can later be consumed by the arachnids. Accordingly, a spider bite will always have two tiny marks right near one another where either fang penetrated the skin. That's generally the case, unless the spider only was able to bite you at an angle, and just one fang got in. For the most part, this is an immediate indicator. A one-hole bite is a mosquito, spiders leave two holes in the flesh.

Some Spider Bites Are "Flat", Mosquito Bites Always Swell
Most mosquito bites swell up into a little welt on the skin. Usually the welt will be under a quarter of an inch in diameter depending on how much blood was pulled out of the skin, and how big the mosquito was. Expect a mosquito bite to be no more than a half inch across, and usually closer to a quarter of an inch. Spider bites can swell, but they don't always.

For example, a brown recluse spider takes a bite out of a person, and the result is a "bulls eye" shape that sort of "sinks". Like a mini skin crater, if you will. It will blister in the middle after a day or two, and there can be necrotic effects. This is one of the worst kind of bites, and can be lethal to young children. Effects usually go away after a week or two, but it can really affect a person. Here's WebMD giving an in-depth examination of such bites.

Spider Bites Are More Rare, And May "Ulcerate"; Most Aren't Necrotic
A spider bite can "ulcerate". That means the area where the bite took place develops into a sort of "ulcer". Should necrotic enzymes be injected by the spider, the wound can start "puffing up". It will get black and blue. It will look downright terrible, as a matter of fact, and you may want to get it checked out.

Even so, most of these bites will heal on their own provided you give yourself proper fluid and nutrition, rest, and are careful not to irritate the wound unnecessarily. A mosquito bite will never ulcerate, it won't puff up into a black-and-blue blister-looking wound, and it won't "sink".

Dealing With A Bite From A Spider Or Mosquito
Destructive Pests such as spider bites aren't going to be harmful, though they're going to look different, they may hurt a bit more, and they can be disturbing. Unless you're very young or very old, you probably have more to worry about from a mosquito than a spider. However, that will depend on your country. West Nile Virus, Zika virus, and Malaria are all illnesses spread by mosquitoes. Malaria is one of the biggest killers in the world.

However, most developed countries don't have many mosquitoes that are diseased. If you've been bitten by a mosquito or spider it will generally heal on its own, but watch the bite for a few hours to be sure, and have medical support options available if you need to make a call. 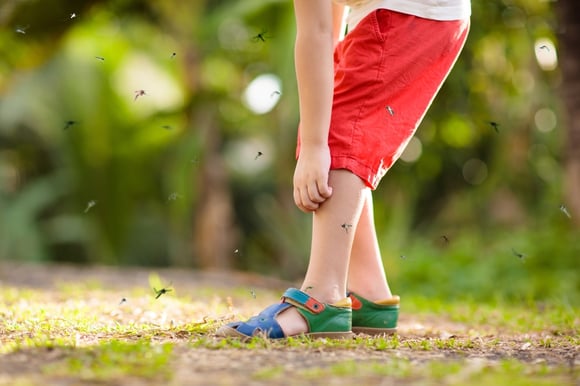 Everything to Know About Mosquito Season in Texas 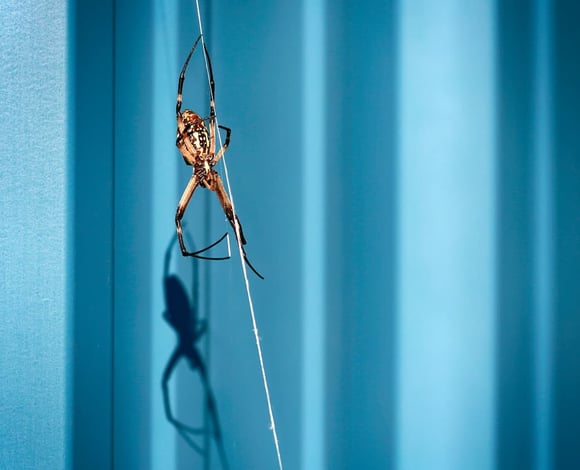 10 Most Common Spiders in Texas

How To Tell A Mosquito Bite From A Spider Bite