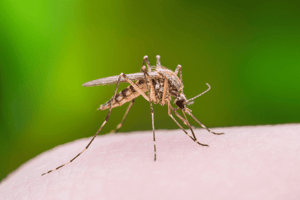 Mosquitoes can just ruin your day. Whether you're working in your yard in the summer, or hosting a get-together on the patio, swarms of mosquitoes can put a damper on your outdoor activities. And it's not just about batting away biting, whining insects from your face and limbs; these days, we have to be on guard against dangerous diseases.

Here are some things to think about as you combat mosquitoes on your property.

There are numerous species of mosquitoes. Some are native to our country , and some have been brought here as a result of global commerce.

About 174 mosquito species are found in the U.S. and Mexico, the most common, besides the Aedes species, being the yellow fever mosquito, the house mosquito and the southern house mosquito.

Here's how some of the most common species look:

Mosquitoes need standing water where females can lay their eggs. After hatching, the larvae feed on vegetative matter in the water. The larvae progress through moltings to a pupal stage, then go on to the adult stage -- a period of five to 14 days. Soon after reaching adulthood, mosquitoes can fly. The females bite and feed on warm-blooded hosts to provide food for their eggs.

Mosquitoes, which are found everywhere except Iceland and Antarctica, linger in shrubbery and vegetation out of the sunlight, or hide under leaves and under bark to escape rain.

Besides laying eggs in natural pools of standing water found in drainage basins, swamps, flood plains and other natural areas, mosquitoes may seek bird baths, water dishes, backyard ponds and items such as an old tire that can collect rain water.

The main problem with mosquitoes, besides causing itchy welts to appear on our skin, is the potential for exposing us to various diseases. In the U.S., West Nile virus is the most common disease that mosquitoes can carry, followed by these, in order of occurrence:

Yellow fever virus has not been found in this country in many decades but there are concerns that with global travel, it may return to the U.S. by means of A. aegypti, which also spreads Zika virus.

Besides transmitting diseases to humans, mosquitoes also carry viruses that can sicken and kill wildlife and domestic animals, including horses and dogs. Heart worm disease, which is caused by a parasite transmitted during a mosquito bite to the dog, is a deadly killer and crippler of canines. 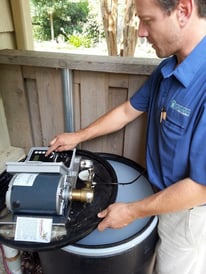 One of the best ways to control mosquitoes is to eliminate standing water from your property. If you have a pond, make sure the water is aerated and moving around. You can also treat ponds with a biological pesticide (safe for children and pets) or stock the pond with mosquito-eating fish. Eliminate algae (that's mosquito larva food!) in the pond with an herbicide.

Other means of control:

Your mosquito infestation may be sufficient that you feel the need for chemical spraying or misting. If you do, be sure to hire a company that is environmental minded so you can minimize the damage to beneficial species during the spraying.

Due to robust surveillance and testing for disease, mosquitoes in the U.S. are at this point more annoying than deadly. In recent years, however, fears have risen over concerns about new diseases brought to our shores by invader species, and the resurgence of old ones. For the most part, however, spraying should only be used in times of severe infestation or disease outbreaks, to limit adverse effects on the environment.