The Importance Of Wildlife Control

As human populations increase and cities expand, the chances of human-wildlife contact increase.

At times this results in conflict or damaged 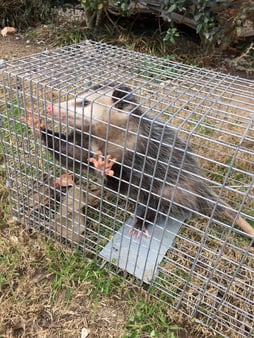 property. Some animals, such as squirrels, raccoons, and skunks, among others, can become a nuisance if they identify your property as a potential source of food, water, and shelter.

Such wildlife can damage your property and expose your family to zoonotic diseases such as toxoplasmosis, hantavirus, and rabies. The best way to protect your family from contact with wild animals is to make your property less desirable for the animals.

Here’s what you should do:

At times nuisance wildlife control requires a more direct approach. However, before you rush into action, there are a few things about wildlife removal, you should know so that you do not get in trouble with the authorities.

When it comes to wildlife, it’s easy to assume that these creatures are expendable. However, that's not the case. Some animals, such as squirrels, skunks, raccoons, and snakes too, are protected wildlife.

In most states, you will be required to apply for a special license or permit before removing these animals from your property. Visit the wildlife department, parks, or fish and game commission to find out the regulations in your state.

However, there are situations where you are allowed to take action even if you do not have a permit. If an animal shows signs of being ill or poses a risk to humans or livestock, its protections are removed in states such as Pennsylvania.

Even in such situations, there are some rules that must be followed. Only a licensed professional or the property owner has permission to remove such animals.

Wild animals are an essential part of the ecosystem and are regarded as a natural resource. Even if they cause a nuisance, removing them from your property is not straightforward.

In a state such as Illinois, a wild animal must pose a threat to human health or safety before you to get a nuisance animal removal permit. There are also guidelines on how to remove or trap the animals once your permit is approved.

A licensed professional must be called in to euthanize a skunk before it can be removed, and raccoons should be released in the property where they are trapped.

When it comes to snakes, there are two primary factors to consider. They are protected animals in most states and the danger they pose. As such, you should be very careful when dealing with snakes, even if it looks like a non-venomous species.

Depending on the state you are from, you may be required to contact the wildlife department and local parks or county extension office before you attempt to relocate or remove a snake.

Once you trap an animal that has been causing you sleepless nights, it may seem logical or harmless to release it on government land. This, however, is illegal in most states. You are not allowed to release an animal you caught in your property in any state or city park.

There are clear guidelines on how and where animals should be removed and released. Be sure to know your state's guidelines before you trap and release any wildlife.

When you trap a wild animal in your property, you are not allowed to keep it trapped permanently, give it away, or sell it. You should follow the approved removal guidelines or have them euthanized by a professional.

If animals find a crawl space or any other channel they can use to get into your house, they may move in permanently. They do this because your home offers a much warmer shelter, and it's probably close to the source of food that attracts them.

If you find out that there is an animal living in your ceiling or any other area in your home, you should first lure them outside your house before attempting to eliminate them. This is because any dead animals trapped in the walls or any hard to reach area will present a new problem altogether.

For such situations, it is better to have a professional handle exclusion and removal as they know the best way to handle different animals.

Human-wildlife contact is inevitable. If you eliminate all the things that can lure animals into your property, they may not be much of a nuisance. However, if you need to remove wildlife from your property, ensure that you follow all the wildlife control agency regulations and do it humanely.

The Importance Of Wildlife Control Gallery

The Importance Of Wildlife Control Gallery